Back in January I drove from Brooklyn to Washington, DC, with my daughter for the Women’s March. As I described previously, there were a host of reasons why I made the 6-hour drive down, but the importance of science for the future of humanity was certainly among them. Sadly, the Trump Administration has proved itself as much the enemy of science as a foe of women’s equality. The President’s funding and staffing priorities are strong evidence that Mr. Trump believes curtailing scientific research is to his benefit.

So, two weeks ago, my daughter and I drove down to DC again to meet up with friends and add our voices to the hundreds of thousands marching in protest of the Administration’s policies.  It rained that Saturday, and we spent a cold, soggy morning waiting in line to get into the rally, then taking shelter in the Kids Place tent where our children made bracelets that changed color when exposed to ultraviolet light (sunlight works best!) and tested different substances for the presence of iodine. The gee-whiz factor worked its magic, but the rain was relentless, and we left the rally to seek refuge in another place of science, the Smithsonian’s Air and Space Museum. 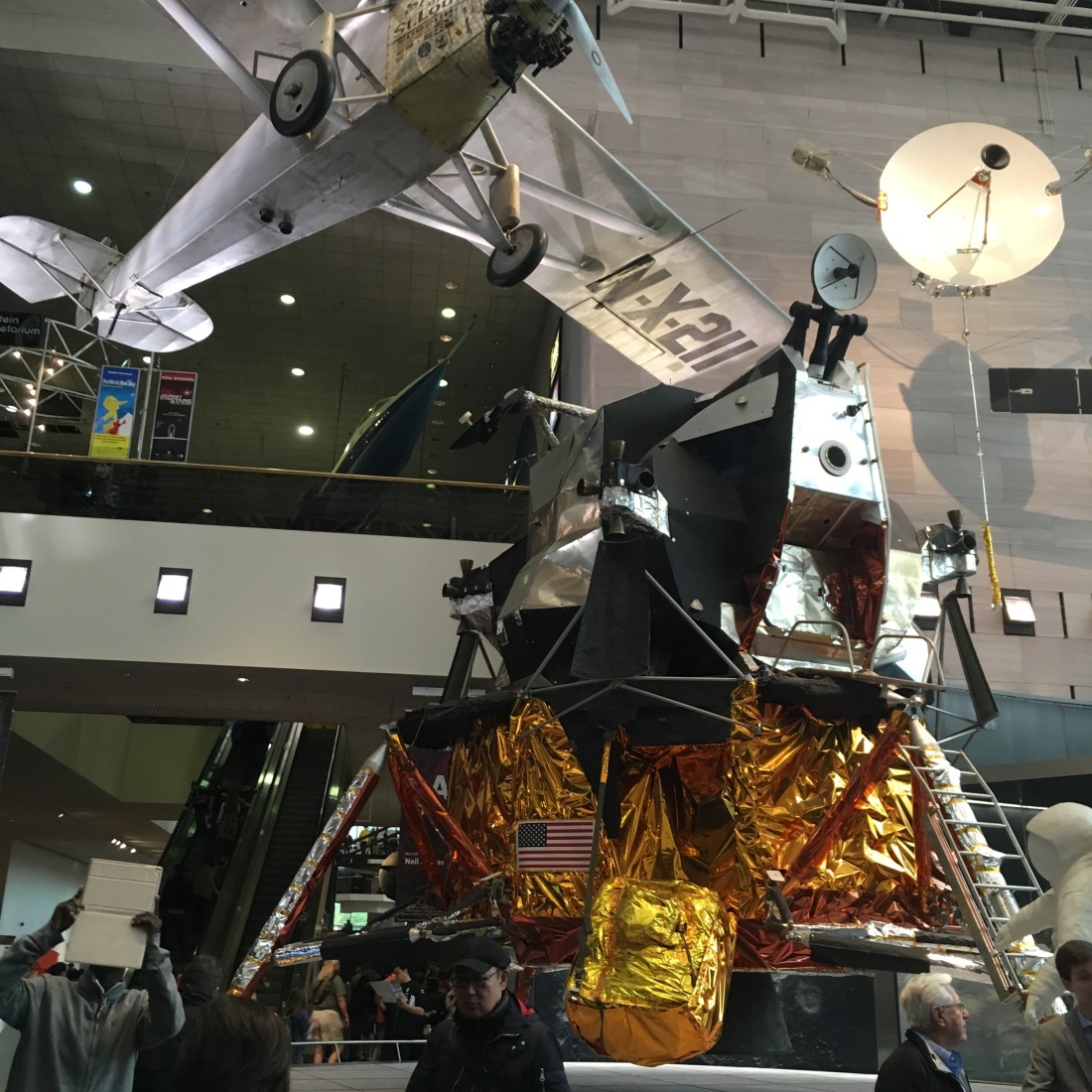 Admission to the Smithsonian museums is free to all–a true wonder to this New Yorker who maintains a membership in the Museum of Natural History merely so we can bypass the line and get discounts on special exhibit admission, and who is used to paying the “suggested” admission price of $20 when I visit the Metropolitan Museum of Art. (To be fair, the Met admission is a donation, and you can pay as little as you want so long as you can bear the ticket sellers’ derision.) As we entered Air and Space, I wondered how long admission would stay free in the present climate in which military spending is ratcheted up while funding for education and research dwindle. True, a lot of the Air and Space exhibits are devoted to war machines, and even the Apollo spacecrafts were birthed from Cold War conflict, but I still couldn’t help think what a poor business man Mr. Trump actually is, that he would prioritize the short-term profits of the military-industrial complex over the long-term gains of investing in the future of this nation by supporting public education and scientific research. If only the wealthy have access to a quality education, and economic policies concentrate wealth in a shrinking portion of the populace so that fewer and fewer people can gain the education needed to conduct science, then we won’t have the human resources we need to navigate our way through the crises looming on the horizon. 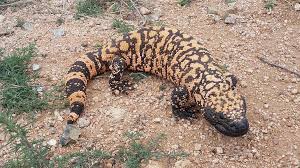 Basic research often doesn’t have an immediately apparent value, but scientific knowledge is incremental, and minute discoveries in one field often have a butterfly effect and can lead to major innovations decades later. (The 1980s PBS series Connections, as well as both the Carl Sagan and Neil Degrasse Tyson editions of Cosmos beautifully describe these linkages.) An example from my direct experience is exendin-4, a protein found in Gila monster venom that was developed into the first glucagon-like peptide 1 receptor agonist, a type of diabetes medication that helps reduce weight and blood pressure as well as blood sugar. I don’t know the exact progression from southwestern lizard biologist to Walgreen’s pharmacist, but it’s a good bet the biologist didn’t set out to find a diabetes medication when he or she started analyzing the composition of lizard venom.

Because my daughter had a dance performance, we didn’t join the climate change march on April 29, but climate change is the biggest threat humans face, whether we choose to believe it or not. For those who said “no” to the New York Times poll about whether climate change will affect them personally, I’d point to the Middle East refugee crisis and the rise of ISIS, to the increase in tornadoes in the Midwest, longer and more severe hurricane seasons in the Gulf and Eastern Seaboard, and the droughts in the Southwest and California, not to mention the flipside flooding and mudslides experienced by Californians this year. Bee colonies are collapsing, corals are dying, and Zika- and West Nile–carrying mosquitoes are infiltrating farther north each season. Plus sea levels are rising, so coastal property owners would do well to consider the long-term value of a home that might be good only for housing boats in ten or twenty years. (I joke about how the Prospect Expressway, which is a sunken highway running past my front windows, will one day be like the Grand Canal in Venice. It’s not really that funny, because it may well become true.)

What’s the value of all these protest marches? Well, the budget deal wrought in Congress over the weekend preserved funding for the NIH and some other important science-based programs. Environmental regulations are still in severe jeopardy, but incremental progress is still progress. We’ll have to do this one rain-soaked step at a time.