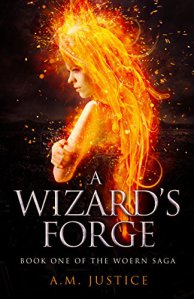 People seem to have a lot of questions about the world where A Wizard’s Forge takes place, so I’ve been hitting this topic a lot lately. A few weeks ago, I traced Vic’s path through her world, and last week I wrote a post on AutumnWriting about Knownearth’s native inhabitants (humans are the aliens on that planet). Lots of additional details about  Vic’s world can always be found on the Explore and FAQ pages of my website. But you may still wonder, what are some of the similarities and differences between the earth we know and Knownearth, Vic’s home.

Most of these details are mentioned, or at least hinted at, in A Wizard’s Forge, but in case readers missed them, here we go:

1. How are Earth and Knownearth alike?

Knownearth and our earth are pretty similar in atmosphere, climate, and ecology. I designed the planet this way because human survival in a marginal environment was not a story I was interested in telling. I wanted to write a revenge narrative involving a young woman, her tormentor, and a long-standing feud between her nemesis and her adoptive family, and I wanted to keep the focus there, without the distraction of a daily battle for food, water, or breathable air. Some readers have asked, why not make the ocean yellow or give the planet a couple of moons or something to make it seem “different” from earth?  To live well, humans need lots of liquid potable water, an oxygen-rich atmosphere that doesn’t have a lot of toxic gases, and arable soil. Knownearth has these things in abundance, and life there has evolved along an evolutionary path similar to life on earth. Hence, the skies are blue (and so is the ocean, since large bodies of water reflect the color of the sky); most organisms get their energy through the Krebs Cycle,  and plants use chlorophyll for respiration, and so tend to be green or blue or red, just like here on earth.

2. How does Knownearth differ from Earth?

There is no moon. The only notable night sky object is Elesendar, which looks like a very bright star but is the empty hulk of the spacecraft that brought human settlers to the planet three thousand years before the events depicted in A Wizard’s Forge. As noted in the book, Elesendar passes overhead two to three times per night.

The planet rotates in the opposite direction from earth. The book contains numerous references to Knownearth’s sun rising in the west or setting in the east.

The diurnal cycle is roughly 40 earth hours, which readers can deduce from Vic’s thoughts about how long she has for her night missions. The original settlers kept the earth hour as their main unit of time measurement, and redesigned their clocks to accommodate a  40-hour day. By the time A Wizard’s Forge takes place, the human circadian cycle has adapted to this long day, but readers may notice reference to “morning tea” and other meals beside breakfast, lunch, and dinner. The people of Knownearth can easily stay awake for 35 hours straight and sleep for 15, but they still like to eat every four or five hours.

Metal is relatively rare. Iron and copper are particularly uncommon, and a bronze belt-cum-dagger has totemic significance in the book’s plot.

There are no indigenous mammals, but there are reptilian and insectoid creatures on land, and fishlike creatures in the sea, so it’s as if Knownearth never left its equivalent of the Permian period. Humans call the aquatic animals fish and the indigenous flying reptiles birds, but humans brought all the feathered fowl as well as cats, cows, and horses with them. There were dogs too, but the entire canine population had died off long before A Wizard’s Forge takes place.

3. Is A Wizard’s Forge science fiction or is it fantasy?

I’d say it’s both (you might even call it science fantasy), but readers will need to decide this question for themselves. Hardcore scifi readers may miss the tech–faster than light (FTL) space travel is alluded to, but in the 3000 years that have passed since Vic’s ancestors were marooned on Knownearth, postindustrial technology has all but disappeared, at least among the humans. Thus, people live in a vaguely medieval society without electricity or, in Knownearth’s poorer regions, indoor plumbing.

Fantasy readers, on the other hand, may miss a magic system that is the highlight of the book. Nevertheless, the cerrenils, Latha’s sacred trees, appear to have magical characteristics, and the power Vic gains at the end of the book is similar to a Jedi’s or an Aes Sedai’s in some respects. She’ll learn all about the source of her power, and how it connects to Knownearth’s sentient plants, in the next book, A Wizard’s Sacrifice. But that book won’t be all fantasy either–scifi lovers will get more intel on Vic’s ancestors as well as a glimpse of the technological revolution Knownearth will undergo before the third book in the series (A Wizard’s Legacy) begins.

9 thoughts on “Knownearth vs Earth: Another Look at the World of A Wizard’s Forge”

@oliverthehalfstashcat made a nest.
I am so excited to try this! Perfect cookbook for me, because I like to wing it!
Merry Christmas everyone! It’s a Christmas miracle! Santa appeared in the latte I made this morning! Or maybe it’s 1970s basketball icon Wilt Chamberlain. Either way, #merrychristmas🎄 !!!