I love movies and TV. In fact, I watch far, far more than I read these days. My readers also know I like to paint pictures in my prose, and I’d love to see this passage framed in film:

Vic started climbing again, her knees scraping against the stone. The rock was cool, smooth, almost clammy, but the handholds offered a solid grip. The darkness of the cleft soothed her eyes, but she forgot the throb in her temples when her head emerged into the light.

“Beautiful, isn’t it?” Bethniel sat cross-legged beside the opening; the captains lounged beyond.

I’d also love to see my beloved characters brought to life, and while I’m indulging in the book-to-film fantasy, I’ll give myself a say in who should play whom.

Vic sliced open the soldier’s shirt, handing Silla a swath of fabric to force between his teeth. “I hope they find you in time,” she said as she cut. Shrieks muffled, the man jolted and bucked, but her comrades held him. “I almost wish I could be there when the Relmlord sees this. I hope you’re still alive, so he can tell you what your punishment would have been, had it been me you found. Knowing him, he probably won’t tell you—he’ll show you.”

“You’re the one they wanted?” Silla asked over the man’s gagged scream.

Vic pointed to the name carved into the man’s bloody chest. “That’s what he called me.”

Vic shrugged, then read aloud the message she’d cut into the man’s skin. “I raped a girl I thought was Kara.” Standing, she touched her tongue to the blade, relishing the iron. “I really hope you’re still alive when your comrades find you. If you are, when you see Lornk Korng, tell him Victoria of Ourtown will never be his.”

Vic is intellectually brilliant, hard as nails on the outside, and fragile as glass on the inside. Michelle Duckett, a London model and photographer, captured that mix of smart, tough vulnerability beautifully on the cover, but who could replicate that on film? Vic is also petite—her diminutive size in relation to her enemy, her lovers, and her extraordinary telekinetic power is a deliberate contrast. I’d love to have Kate Mara or Saoirse Ronan read for the role. 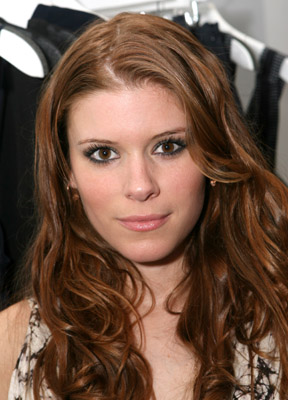 Lornk had just taken her father from her, as he took her clothes, her hair, her self. Her head shrank into her shoulders, while his eyes grew larger, bluer as he watched. “You want me to have nothing but you,” she said, her voice clearer than she would have thought.

He laughed softly, stretching his arms out, then twining his fingers behind his neck. “I told you once—I want you to crave me. Why do you think that is?”

“Oh, I’ve had your obedience for months. What I want now is your devotion. The day may come when you will have the world in your hands, and I want you to hand it to me, without reservation.”

Lornk is a charismatic sociopath, and he would make a delicious role for any actor to sink his teeth into. In days past, Jeremy Irons or Ralph Fiennes would have played him spectacularly. During the Schindler’s List and English Patient era, Fiennes even looked exactly how I imagine Lornk. Fiennes would still be great, though he has perhaps aged a bit past the role; Michael Fassbender would now top my list to play Vic’s nemesis, even though he’s a bit young for it. 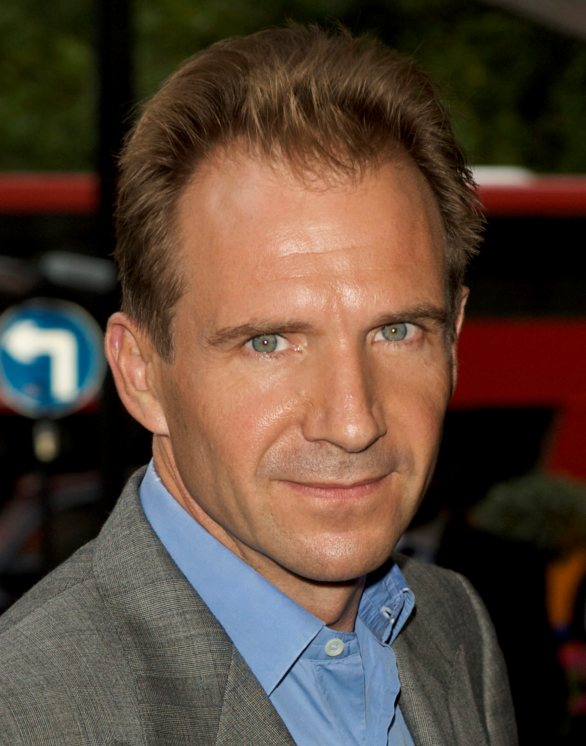 Fearing the Relmlord would see the recognition in his eyes, Ashel ducked his head. “I don’t know what you mean,” he said.

“Oh, stop,” Lornk said irritably. “This ruse might have worked if we hadn’t met, but don’t insult me by pretending it to my face.”

“Highness, it’s very simple. I have a document I want you to sign.” The guard held the paper so Ashel could read it.

I, Prince Ashel of Narath, wish for peace between the people of Relm and the people of Latha. I call upon my mother, Elekia of Reinoll Parish, elected Ruler of Latha, who came to her position through subterfuge and malicious intent, to end hostilities and withdraw all Lathan troops from Relman territory.

“You’re mad to think the prince would sign that,” Ashel said.

Committed to art over politics, Ashel loves music and revelry, but as the story unfolds, empathy and courage emerge as his defining characteristics. The actor who plays him must have the presence to stand as Lornk’s equal and opposite, as well as jaw-dropping good looks and a fantastic singing voice. I don’t know whether he can sing, but Ricky Whittle looks like Ashel, and would be phenomenal plumbing the depths of the character.

On the edge of the campsite, a Relman with arms thick as a ship’s mast dragged the prince into the trees. A wiry man and burly woman trotted alongside, eyes darting for pursuers. Whatever happens, don’t let him be captured. Idiot. Henrik let a green prince loose in Fembrosh with that stupid harp and tells me, don’t let him get captured. Geram followed them out of the copse and watched from behind a tree as they bound Ashel hand and foot in a dry creekbed. Listening, he picked out the voice of the Relman commander from their memories.

The big one jumped and dashed off. Slipping from behind the tree, Geram put an arrow in the woman’s eye and another in the man’s chest. A slice across the throat finished him.

Muffling his thoughts, the prince sat up, rubbing his wrists. Blood seeped from a cut on his back, but he took a stoneknife off a Relman and headed back into the copse.

Selfless, stalwart, and supremely skilled, Geram is the one you want beside you in a battle or when your worst nightmare unfolds. One of Latha’s strongest Listeners—people with profound telepathic abilities—he’s a consummate warrior, and you can count on him to do his job, regardless of the cost to himself. I’d like to have Nick Cannon or Michael B. Jordan come in and read for Latha’s most loyal soldier and friend.

Pallid and sweating, his father raised himself onto an elbow and sipped water laced with harlolinde. In the frigid air of the cabin, he wore only a nightshirt, damp and soiled with seepage from his wound. “You know who did this to me?”

Earnk gazed out the window. “Yes.”

“Do you still think you love her?”

Earnk’s head swiveled to face his father. Lornk was grinning, his teeth and eyes cloudy, his face now shining with fever. Clenching his fists behind his back, Earnk shook his head. “Of course not. I’ve—that was an infatuation.” He cleared his throat. “I know my duty—to Relm as much as you. Count on it.”

“I’d like to.” Father’s smile relaxed, followed by Earnk’s shoulders. “But can I? You’re your mother’s son more than mine.”

Earnk is trapped between his fear of Lornk and his ambition to succeed him as Relmlord, but his unrequited love for Vic gives him the strength to defy his father. The actor who takes this role should excel at befuddled angst. Ryan Gosling or Max Thieriot both have a wounded, dreamy quality that would make them great fits for the role. 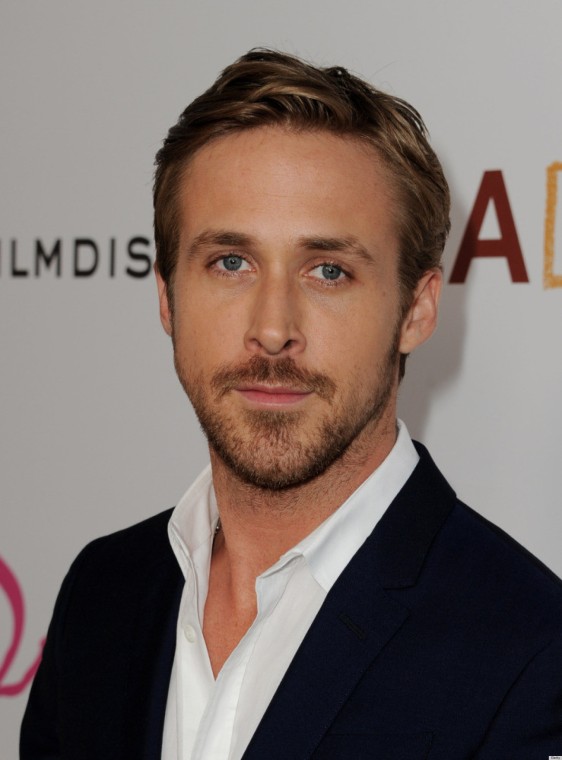 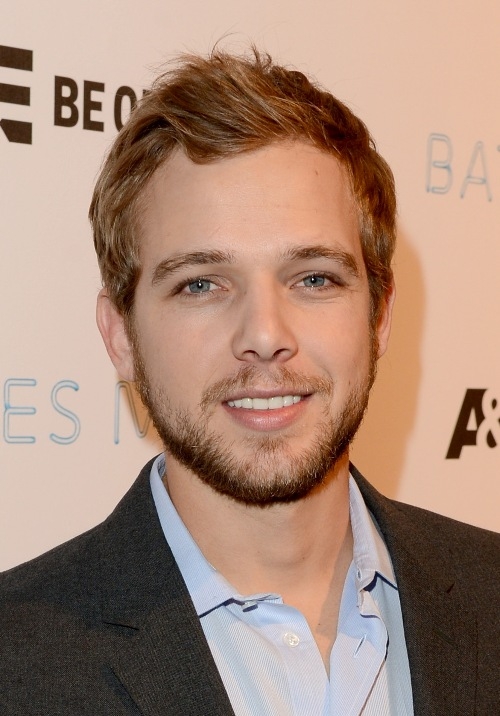 Bethniel, Princess and Heir of Latha

“The Senate took my birthright and handed it to my mother. They’re not going to take it away from her, and she’s not going to give it up until she’s dead. It’s what she’s wanted her whole life.”

Vic crossed her arms, a beat of sympathy in her throat. “This could be a suicide mission, and being captured is worse than being killed, when it comes to Lornk Korng.”

“But the title Heir only means something if the Senate agrees to the inheritance. They didn’t elect me Ruler because they believed I couldn’t handle it. I need to prove I can, or when the time comes, the Senate will pass me over again, and the throne could pass out of my family altogether.”

“Lornk broke me into pieces, Beth, and if I hadn’t escaped, he would have put me back together the wrong way round. I’m terrified what he’ll do to Ashel. I do not want him doing anything to you.”

“There’s no reward without risk, not for me anyway.”

Ashel’s sister Bethniel loves fashion and parties, but she hides a will of steel beneath her frivolous mask. Heir to Latha’s throne, she already has a ruler’s willingness to do the unthinkable, if the outcome will be in the national interest. Zoe Saldana looks exactly how I imagine Bethniel, although she is nearly twenty years older than the character (not that you could tell). I’d also like to see Zendaya or Jessica Lucas read for this part. 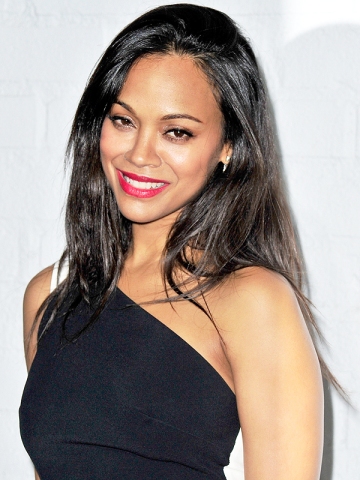 “I’ve done nothing but test you since the day you arrived. But you passed, Vic. This is your prize.”

Trembling, Vic retrieved the dagger. Its blade was finer than any crystal; it balanced marvelously in her palm, but the sight of it sent hysteria beating up her throat. “It’s filthy. I can’t.” She sank onto the queen’s bed, itching with the memory of Lornk’s fingers.

“Don’t look at it.” Elekia pressed the velvet into Vic’s hands. “Don’t touch the metal. But when you get to Lordhome, cleanse it with his blood.” The queen pulled Vic’s chin up. Her fingers warm, they soothed the hysteria creeping across Vic’s skin and up her throat. “You are my youngest child, who came to me almost grown. I didn’t bear you, didn’t rear you, but you’re no less mine than the ones I nursed from my breast. I know you have the strength to do what you must, because you have my strength. Show it to Lornk. Then bring my son and daughter safely home.”

Elekia hides her passions and worries behind an impassive hauteur. She’s played a lifelong chess match against Lornk, and will use every tool and stratagem, including her loved ones, to thwart him. Thandie Newton, Jada Pinkett Smith, and Gina Torres all have the presence to portray this ice queen; Torres has the height too.

“How old are you? Fourteen?” The girl was only a hair taller than Vic, with eyes as wide as a harrier’s.

“I’m sixteen and I’ve been to Fembrosh. Like you, I went early, Marshall.”

“I doubt you went early for the same reason I did,” Vic retorted.

Wineyll nodded curtly, and Ashel appeared in the room. Vic yelped and hopped backward, her stomach lurching. He wore his Guild robes and beamed at her, his eyes fixed on hers. Pulse throbbing, she tore her gaze off the image. “Is that wizardry?”

“Illusion. It’s entirely in your mind. I can trick your brain into seeing what’s not there.” Ashel vanished, and so did the princess. “Or make you think you don’t see something that is.” Bethniel reappeared.

“Wineyll is the most powerful Listener in Latha.” The princess grinned.

A young musician with spectacular telepathic powers, Wineyll is the ringer in Vic’s plan to rescue Ashel and wreak her revenge on Lornk, but this talented teen has a tragic past that may set the stage for Vic’s undoing. The reigning queen of troubled—and troublesome—teenagers is Maisie Williams, and I’d love to see what she’d do with the role.

Did any of my choices surprise you? Who would you suggest play your favorite character(s) in A Wizard’s Forge?

Fantastic #shelterislandsunset dining at the Rams Head tonight.
Victory!! And I shot under par. This may be my best round of mini golf ever.
Welcome to Shelter Island!