Today on One Year of Letters, I discuss the film All Is Lost and what it means for the here and now.

One Year of Letters 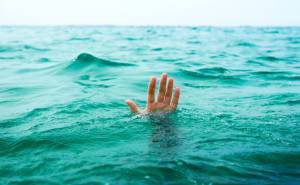 I love movies that make you think, and I saw one over the weekend:All Is Lost.Thisseafaring adventure is as tense and suspenseful as a thriller and has a knockout solo performance by Robert Redford. It’s also a fable about our world as we have made it. After thinking about it a lot, I decided the ultimate message is even the most competent, self-reliant person cannot succeed without help.

This message resonates in our current, highly divided political climate. I don’t know about you, but an awful lot of hate fills my Facebook feed. I’d planned to list some examples, but as I started to write them down, I stopped, because we all see it every day. We’ve also talked a lot about the hate here on OYOL. Colleen, Elaina…

Says it all. #vote2022
Stole from a friend. But it’s awesome, and it makes me happy, so I’m a 6 right now.
Currently at a sporting event.