Once in a while you run across a kindred spirit on the Internet, someone whose life has followed a path similar to yours. Such is the case with former military brat, cat lover, medical editor, and scifi/fantasy author JL Gribble. She and I even gave our protagonists similar names (hers is Victory, mine is Victoria). After that, however, JL’s highly imaginative Steel Empires series bears little resemblance to my work. She posits a post–nuclear apocalyptic future where vampires, werecreatures, elves, and human mages drink lattes, go to dance clubs, and defend their city from a Roman emperor’s invading army and a group of rebels led by a conniving bigot with a “humans-first” agenda.

JL and I chatted recently about her influences and creative process. I’m pleased to share our discussion with you, and encourage you to check out the first two novels in her series, Steel Victory and Steel Magic. 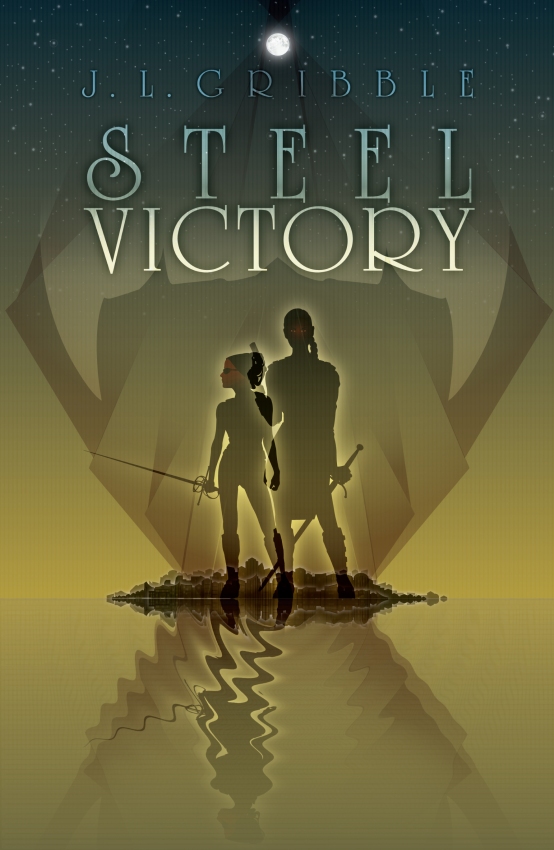 AMJ: On your blog you’ve mentioned a group of writers and artists you with whom you meet in person regularly. How important is this group to your work?

JLG: It’s more of a social/support group than a cohort of fellow writers, but it’s just as valuable to me as my critique partners and beta readers. It’s important to me personally, because it’s a dedicated evening each week where I have somewhere to be, with space to get whatever I need to focus on completed, whether it’s more words on my current project, blog posts, or critiques.

AMJ: How do you support each other, if it’s not strictly a critique group? Are there nonwriters/readers in the group?

JLG: Everyone in the group is definitely a reader, especially a reader of speculative fiction, and that’s our major common bond. But we also have a person who writes just for the love of writing, a person who writes as part of his love of table-top gaming, and an artist. I think the fact that we are on such separate paths helps us be supportive of each other, because there is never any competition or risk of jealousy. On the other hand, this is why I also value my critique partners and beta readers, because they are all on my path and know exactly what is important for us each to succeed.

AMJ: That kind of support is vital. My critique group is cross-genre, which removes a lot of the competition, since we’re largely aiming for different audiences. But we still help each other a lot with the technical aspects of writing and storytelling. Speaking of storytelling, how long have you been making up stories and writing them down?

JLG: Since middle school! I got my start writing fanfiction (which I spontaneously invented before discovering the internet about 2 years later). I branched out into original work in high school and have been writing fantasy ever since.

AMJ: What were your first fanfic pieces based on?

JLG: Of all things, Highlander: The Series, which is what sparked my interest in writing about immortals of various kinds. It’s my greatest inspiration for why I write vampires as people first and “monsters” second.

AMJ: Oh, I loved that series almost as much as the original film. (The second film, however, should be burned, the ashes encased in lead and dropped into the deepest abyss of the ocean.) Do you remember a Canadian series about the vampire police detective?

JLG: Forever Knight! I missed the show, but I read a bunch of fanfic about it back then as well, so sometimes I feel like I watched it.

AMJ: It was great; highly entertaining and one of the first shows/films to show the human side of vampires. Anne Rice’s work was all the rage back then, so it was a natural outgrowth from there.

JLG: I was definitely reading her Vampire Chronicles as well.

AMJ: Did any of these programs or books provide any inspiration for Victory’s character [the vampire who headlines JL’s series]?

JLG: Absolutely, along with the worlds of Buffy the Vampire Slayer and the Anita Blake novels. One of the major inspirations for my first novel, however, was the idea that I wanted to write a vampire book that didn’t focus on the sexuality of vampires.

AMJ: So you made Victory a mom.

JLG: Yep! An adult in a committed relationship seemed like a novelty in the genre.

AMJ: That was one of the most interesting things about Steel Victory…that your MC was first and foremost a mother, and secondly a politician with a more or less ordinary job.

JLG: Thanks! I liked the concept of her being a retired mercenary. Future book hint: Book 3 in the series is about her returning to that profession and finding out how much she’s changed in the meantime.

AMJ: Cool! And you also allude to a lot of interesting things in the past—particularly the family’s recent past, from the rescue of Toria in the Wasteland to Toria saving Victory’s life from an old foe…will you be exploring any of those events in a deeper way, either through flashbacks or prequels?

JLG: I actually wrote 4 short stories for my senior thesis in undergrad that cover events such as Victory and Mikelos meeting, Toria’s adoption, and Toria and Kane meeting. I’m currently in the process of rewriting them to my current standards, and considering what to do with them.

I definitely have plenty ideas for prequels, and one of my beta readers frequently reminds me of her demand that I write about characters referenced in the first book that are deceased by that time, such as the man Toria’s college is named after—who is an important person from Victory’s past.

AMJ: You do have a really rich backstory—a lot of good stories lurk just behind the steel curtain (ha ha).

AMJ: Let’s talk about your upbringing. Did your parents’ military careers influence your work? Is that why mercenaries play such a big role in Steel Victory?

JLG: I think the mercenary thing stems from reading so much fantasy and science-fiction and playing a lot of table-top RPGs (such as Dungeons & Dragons). I’m one of those military brats who hated moving around so much, and swore I’d never have anything to do with the military when I grew up. So of course I married a guy in the Air Force!

AMJ: My dad was in the Air Force. We moved a lot too, and I also played D&D in high school and college. Then computer games started to emerge and I played a lot of narrative RPGs like the Sierra Online Kings Quest and Gabriel Knight series.

Did you end up adapting any of your RPG characters into your fiction?

JLG: In a way. My concept of the warrior-mage stems from dual-classing in D&D.

AMJ: Right! You have a unique mix of modern-day and futuristic tech plus old school magic in your world. What was your inspiration for that, or the philosophy behind it?

JLG: I read a lot of post-apocalyptic stories, but so many of them take place either during or soon after the apocalyptic event. I thought it would be neat to see a world that has survived a devastating event and rebounded in a positive way.

AMJ: And what inspired you to have elves come into the story along with vampires? It’s a curious, and cool, bit of genre-blending.

JLG: Because I already had werecreatures (werewolves, werepanthers, etc.), so why not? That’s literally it. Just me challenging myself to evolve my world in increasingly complex ways while still adhering coherent world-building.

AMJ: And you did such a fine job of that too! Thanks for joining me for this talk, and good luck with the continued work on your series.

JLG: Thank you so much! 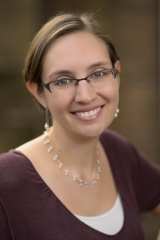 By day, J. L. Gribble is a professional medical editor. By night, she does freelance fiction editing in all genres, along with reading, playing video games, and occasionally even writing. She is currently working on the Steel Empires series for Dog Star Books, the science-fiction/adventure imprint of Raw Dog Screaming Press. Previously, she was an editor for the Far Worlds anthology.

Gribble studied English at St. Mary’s College of Maryland. She received her Master’s degree in Writing Popular Fiction from Seton Hill University in Greensburg, Pennsylvania, where her debut novel Steel Victory was her thesis for the program.

She lives in Ellicott City, Maryland, with her husband and three vocal Siamese cats. Find her online (www.jlgribble.com), on Facebook (www.facebook.com/jlgribblewriter), and on Twitter and Instagram (@hannaedits).

I have been spending waaay too much time playing this stupid (ie, utterly engrossing and totally immersive & addictive) game, but my obsession has finally paid off.
Our #stcroixusvi adventure today: the Tide Pools. This place is worth every sweaty step it takes to get there (roughly 5 miles round trip).
Chilling with a most excellent margarita (not shown) while hubby and kiddo jet ski. Lovin’ this #stcroixusvi #stcroixlife